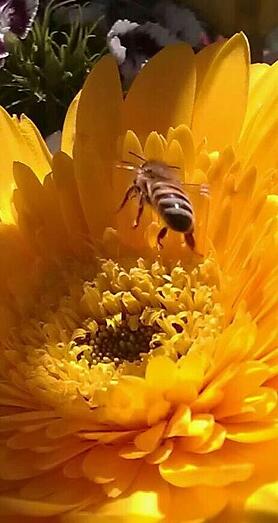 Biting and stinging pest are out in force this summer. While some of these pest stings are "just" painful or itchy, others can be more serious, and dangerous to our family and pets.

Biting pests see people as "fast food". Most are very efficient at sucking out our blood, including mosquitoes, ticks, fleas, lice, bed bugs, chiggers, conenose bugs, biting flies, and no-see-ums.  While in most cases it's not our loss of blood that causes the most concern-it's what these pests can transmit directly into our blood stream that is much more dangerous. These include hundreds of organisms that cause everything from Lyme disease, to West Nile and Zika.  Plus, the chemicals in the insects saliva causes us itching and swelling that is especially unpleasant.

Stinging pests, including bees, all kinds of wasps, and some ants, usually sting because they perceive us as a threat to themselves or their colony.  Most of these pests inflict a lot of pain-it's their way of saying, "leave us alone, or else..." We get the message instantly when we yell "OUCH!"

But these pests can deliver much more than just a painful sting.  The real danger is a mass attack-being stung over 200 hundred times can be fatal, although in some cases victims with over 1000 bee stings have survived with proper medical treatment. Plus, for up to 4% of our population that is hypersensitive to these stings, just one sting, if not treated quickly, can be deadly.

Also watch this summer for stings from other kinds of venomous pests, such as spiders, centipedes, and scorpions!

Some primal termite knocked on wood

And tasted it and found it good

And that is why your Cousin May

Fell through the parlor floor today

Don't  let what happened to Cousin May happen to you too!  People really do fall through termite-weakened floors, although more often they sink a little first, before falling all the way through.

If we are not already inspecting or monitoring your home on a regular basis, it's wise to call and have us conduct a thorough, professional inspection for termites and many other wood-destroying organisms that can damage your home. Termites are usually well hidden.  They can continue eating wood for years

Mud "shelter tubes". Termites build these over foundations and in other places to connect their colony to wood.

Winged termites ("swarmers"), or their broken-off wings, often in places like window sills.

Obvious damage to wood.  Look for wood hollowed out along the grain, containing bits of mud or soil.  Often termites will leave the outer layer of wood undamaged, as a way to keep their galleries protected and humid.

Also keep an eye out for conditions that favor termites, like excess moisture or soil in contact with wood.

Q. I have heard that wearing strong perfumes and brightly colored clothing increases my chances of getting stung.  Is this true?

A. Although it may sound logical, and you can find this advice on the internet, there is no evidence that what you wear has any impact on your chance of being stung by bees or wasps.

Most stings occur when you disturb a nest, step barefoot on a bee or wasp, press against one with your body, or are outdoors and drink from a glass where an insect is drinking the same liquid.  In all these cases, the clothes you wear or the aroma you exude t the outcome of the encounter!

While most LED light bulbs are less attractive than standard incandescent light bulbs, some LED's do attract insects. If you are using a light bulb outside, or where it will be seen from outdoors, such as through a window, keep the following in mind to attract fewer flying and crawling pests.

Keep in mind that if everything else is equal, a brighter light bulb will attract more insects that a dimmer light.  Use only the number lumens, or watts, that you need for adequate visibility.

The Plentiful Pests of Summer

In the summertime the pests are abundant-multiplying like crazy as the weather warms. Here are some of the many summer pests that can become problems.

Stinging and biting insects: Bees, wasp, hornets, yellow jackets, scorpions, and certain ants and spiders pack stings that can be painful and even dangerous. Other pests suck our blood, usually without us knowing it while it is happening. These include fleas, ticks, mosquitoes, biting gnats and flies, and others. Bed bugs are nightmarish blood-suckers that have returned with a vengeance, after being free of them for decades.

Food Contaminating Pests: Stored food moths and beetles find their way into many foods we keep for ourselves or our pets. Cockroaches, ants flies, rats and mice can be problems anywhere food is stored, cooked, or served-and often throughout our homes. Watch your pet food to make sure you aren't feeding bugs or other creatures at nght.

Occasional Invaders: Hundreds of different pests may invade a home occasionally, and just be a nuisance and clean-up problems, or even cause allergic reactions.

With our professional services, you can enjoy a great, pest-free summer!

Why is termite colony size important? Larger colonies can cause a greater amount of damage in a shorter period of time than smaller colonies, and they can be eating wood in larger area-perhaps in several homes at once. For instance, a large colony of 3.2 million termites can consume over 1.5 pounds of wood every day, and they are able to find and infest unprotected wood in an area covering 2.5 acres!

Formosan termites, which are spreading every year, have even larger and more destructive mature colonies, ranging from 2-10 million individuals. They can tunnel an amazing 110 yards-the length of a football field! Formosan termites can cause significant damage to a home in just 6 months, and have been known to actually bring down a home in as little as two years.

Call us to arrange an inspection or treatment for these hidden pests-finding and controlling them early can prevent a lot of damage to your home.

While Lyme disease is the most common tick-transmitted disease, with 30,000 reported cases a year, ticks continue to be in the news because of the other virus they transmit.

A Kansas man died died last year from Bourban virus, a new virus named after bourban County where he lived. He was a healthy man who died after only 10 days in the hospital. At this point it is not known for certain how he contracted the disease, but this kind of virus is usually transmitted by a bite from a tick or other insect. The Bourban virus is similar to viruses found in other parts of the world, but nothing like it has been in this country before.

The Powassan virus occurs from Virginia up to Maine, and east to Minnesota. This is a tick-borne encephalitis virus that is low in numbers, but has been increasing in recent years.

The new Hartland virus infected two men in Missouri in 2009. While they fortunately recovered the US Centers for disease Control Prevention anticipates that more people will become infected. The virus is transmitted by lone star ticks.

Finally, besides sometimes transmitting disease, bites from some lone star ticks are causing another problem-making some people allergic to red meat. Unlike most food allergies, the symptoms, including vomiting, abdominal cramps, hives, and anaphylaxis, typically come three to six hours after an infected person eats red meat. The only good news is that the allergic reaction seems to fade after a few years if people avoid additional tick bites.

There is always a new and exciting discovery in the insect world!

In Hawaii's freshwater streams, 14 new species of amphibious caterpillars have been found. While many insects larvae live in streams and lakes, these are the first truly amphilious insects (they are equally at home in water or on land) that have ever been discovered, anywhere in the world.

It is still not understood how the caterpillars, which grow to be small moths, can breathe under water. A clue may be that they only live in fast moving streams. The water in these streams have high oxygen levels, so somehow they may be absorbing oxygen by a process not yet understood.

Allergists: A Pest-Free Home is Important

A survey of 500 allergists showed that an overwhelming 97% think that a pest-free home is an important step in preventing asthma and allergy symptoms. The survey of medical professionals was conducted by the Asthma and Allergy Foundation of America.

The scientists have also discovered that the resulting colonies appear to be even more destructive that their parents, primarily because some of these "hybrid" colonies are growing in size twice as fast as their parent colonies.

"Hybrid vigor" is well known, because it happens sometimes when two plant varieties combine. Hybrid means that the resulting offspring are in some ways superior to either variety. Unfortunately, that is what is happening with the termites-the colonies become larger, faster. With animals, two species normally can't produce fertile offspring. (For example, the mule, a cross between a donkey and a horse, is sterile.) It is still not known if these hybrid termite colonies will be able to reproduce.

But even if a colony can't reproduce itself, the sheer numbers of termites in a hybrid colony can be incredibly destructive. It is expected that these hybrid colony will contain a million termites after five years or so-that's a very short time to grow so large. It is a case of "hybrid vigor" at its worst.

You must be happy with our service or it is free!

Free Inspection for Most General Insect Pests Services* *There is a small fee for rodents, stinging and biting mystery pest. These fees are refundable with a contracted service.

Visit our Contact Page to reach us via the Internet. SERVING THE GREATER LOS ANGELES AREA